How I Solved My Biggest Writing Challenge

As the mother of three young boys, noise and chaos are simply a part of everyday life. I realize that now, though it was a struggle to accept at first.

Up until I had my own children I had never had any trouble finding some alone time in a quiet place to do my writing. It had been as much a given as oxygen in the air. Then along came one baby, then two, then three… and suddenly I didn’t have a moment to spare or a quiet corner to write in. 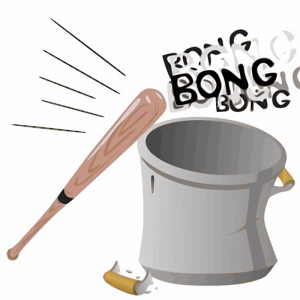 My first reaction was that my writing career would simply have to wait until my children had grown up. I quit writing for several months…. and found myself utterly and completely miserable. I loved being a mother, but writing is as much a part of me as my brown eyes. Without it, I felt incomplete. There had to be another solution.

After a long heart to heart, my husband and I came up with an arrangement whereby I could go out of our 750 sqft apartment by myself, once a week for up to 6 hours at a time. The plan was that I would leave as soon as he was done with work and go find somewhere to sit and write. The problem was finding a place I could do that.

Tuning out the sounds around me to focus on a book that I was reading was a gift I’d enjoyed since childhood. Yet for some reason, doing the same thing during my own creative process seemed impossible.

Sure, I could go to the library, but our closest library closed less than two hours after my husband got home and it would often take me almost 45 minutes just to set up and switch mental gears from mom to writer. Then when the library closed I’d have to pack up again, switch locations, and try to get back in the creative groove. It was very inefficient.

So I looked to other places, but for some reason there aren’t any businesses that are willing to shush their other patrons so the writers camping out in the back corner can get some work done. Which left me with a very similar problem to the one I faced at home:  nowhere quiet to write.

I tried several places over time:  sitting in my car, coffee shops, fast food joints, and bookstores. They all had their downsides:  no power outlet or bathroom, noisy machines, blaring televisions, too many people talking, and not enough chairs, to name a few.

Still I refused to give up and something strange happened over time:  I learned to tune out the noise.

One day I was grumbling under my breath and packing my things because yet another group of rowdy teenagers had horned in on my corner of the McDonald’s, and just a few days later, I glanced up from my work to realize every table around me was filled with customers having conversations yet I hadn’t heard a word until just that moment.

Of course, I knew it wasn’t magic. God had blessed my perseverance. Not only could I tune out the majority of the noise, but I’d learned the skill of revving up my creative juices faster than ever. No longer did I need 45 minutes to get into the flow of things.

As time went on I continued to get faster. These days I typically write in my new home office, but on those days when staying home just doesn’t cut it, I can arrive almost anywhere, set up my laptop, and be typing away in under 10 minutes.