5 Lessons I Learned At My First Writer’s Conference

This past weekend I attended my first ever writer’s conference, the 2015 La Jolla Writer’s Conference. Much like the first day of high school, it was intimidating and exhilarating at the same time. I both survived it and enjoyed it. Most importantly, though, I learned a lot and met many wonderful people. Several people went out of their way to make me feel welcome and to share the wisdom of their experience. So I figure the best way to thank them is to pay it forward by sharing with you five of the lessons I learned about attending a conference like this one.

LESSON#1:  It really is okay to switch classes.

I had read in several articles that switching classes was perfectly acceptable if, after a few minutes in the class, you realize the class isn’t exactly what you expected it to be. The teachers themselves even reiterated this a few times during the conference, but still no one wants to be that person who gets up and walks out in the middle of someone’s class.

Fortunately, I only felt the need to do this one time when, after seeing the teacher’s bullet pointed agenda, I realized the topics were going to be more rudimentary than I had anticipated. Since there was another class happening at the same time which I had been on the fence about attending, I didn’t want to miss out due to the guilt of leaving the class I was already in. So I sucked in my breath and, as quietly as possible, gathered up my things and left the room. It was fine.

Despite the relatively small size of the class (maybe a dozen students), the teacher barely glanced at me as he was speaking, and no one – NO ONE – gave me the stink eye. They had no idea why I was leaving. I could have been going to a private pitch session, or to a read and critique appointment, for all they knew. They didn’t care. So if you find yourself in this situation, just do it. Get up and switch classes. It’ll be okay. I promise. 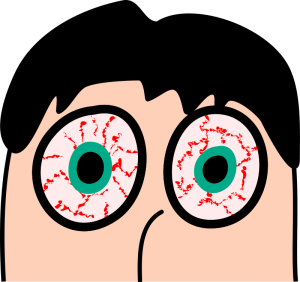 LESSON #2:  Late Night Sessions & Early Morning Classes ARE worth it! But…

Prior to attending the conference I had read that it was unwise to approach it as a sprint instead of a marathon. The advice was to take breaks when you need them and to not try to do it all. Ha.

This recovering perfectionist took that advice and basically threw it out the window. I’d spent a fortune on this conference and all the accoutrement I had purchased in preparation for reentering the business world after more than a decade living outside of it. Take breaks? Were they crazy? I was going to milk this experience for all it was worth.

With this in mind, I arrived at the very start of registration on the first day and kept on going straight through to the late night read and critique. Normally a night owl, I didn’t expect staying up late to be a problem. It was getting up early the next morning that had me anxious. The late night read and critique began at 8:30 pm and had no scheduled ending time. I overheard regulars saying the record for its latest end time was 4:15 am.

Normally, I would be the last person to leave since I loathe not returning feedback to everyone who gave me feedback. It only seems fair. However, knowing I still had to drive home and that I would need to get up by 5 am the next morning to return on time, I forced myself to leave at midnight. I figured I’d get 4 hours of good sleep which should be barely enough to get me through the next day.

Once I was in bed my mind would. not. shut. up!  For an hour and a half I involuntarily went over and over the events of the day and the massive amounts of information I’d absorbed. I wound up with a puny 2.5 hours of sleep to get me through a 14+ hour day of nonstop learning and social “on” time. Not fun. Still, I rose at the first beep of my alarm and hauled my butt back to the conference in time for the Pitch Session sign-ups and the first class of the day. Both were worth every minute of lost sleep, but I suffered from exhaustion-induced nausea for the first half of the day.

That night I was the second to volunteer my work for feedback and the second to leave the late night read and critique after giving feedback for the people who went before and after me.

Lesson? DO go to the late night and early morning sessions. DO NOT try to stay for the entire late night session – especially if you’re commuting. Know your limits.

This post got a bit lengthy, so I’ve decided to cut it in two.

Come back next week for Part 2 of 5 Lessons I Learned At My First Writer’s Conference, or better yet, sign up to FOLLOW my blog and have the next post delivered directly to you!  You’ll also be notified when I begin my upcoming giveaway of some goodies I picked up at the conference along with some other exciting gifts! 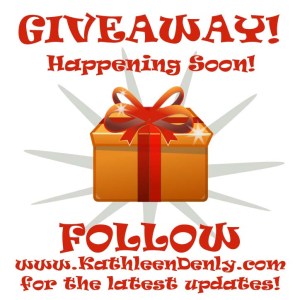 In the meantime, feel free to share your thoughts in the comments section below. Have you been to a writer’s conference? What was your experience like?