Who’s that Hero? – A Matching Game

Happy Monday everyone! Today one of my favorite authors has come up with a super fun matching game to share with us as part of her blog tour celebrating the current sale on one of my favorite books, Two Ways Home. While it is the second book in her fantastic Love That Counts series, it can easily stand on its own…. although I loved the first book as well, and highly recommend it! 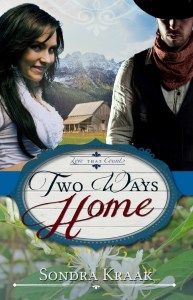 She’s about to lose her home. He never wanted to see his again. And a stalker is staking a claim . . .

Mary Smith was never one to back down from a challenge. Her father’s health may be failing, but their dairy farm was her mother’s dream, and Mary will do whatever it takes to keep her father from selling it—even if it means sneaking off to the next town to earn money by playing the piano in a questionable establishment. No one seems to understand why home is so important to her, least of all her childhood nemesis who’s just wandered back into town.

When injured Texas Ranger Luke Thomas is forced to return to Pine Creek, Washington, he’s hailed as a hero and thrust into the town’s first race for sheriff. But no one knows the secret he carried to Texas, nor the secret he’s brought home. Setting his perfect aim on returning south, he refuses to get tied down by the town’s admiration, his brother’s disapproval, or the spirited, hardworking dairy girl who’s less annoying than he remembers.

But strange things are happening at the Smith dairy and in Pine Creek, and Luke’s instincts tell him Mary is in far more trouble than she realizes. One thing is certain: “home” is about to get more complicated for them both.

Full of wit and romantic tension, this Christian historical love story sets forth the true meaning of coming home.

A little about Sondra

A native of Washington State, Sondra Kraak grew up playing in the rain, hammering out Chopin at the piano, and running up and down the basketball court. Now settled in the foothills of the Blue Ridge Mountains, she enjoys spending time with her husband and children, blogging about spiritual truths, and writing historical romance set in the beautiful Pacific Northwest. She delights in sharing stories that not only entertain, but nourish the soul. Her debut novel, One Plus One Equals Trouble, was a Genesis semi-finalist (2015) and the winner of the Blue Ridge Mountains Christian Writers Conference Unpublished Women’s Fiction Award (2015). 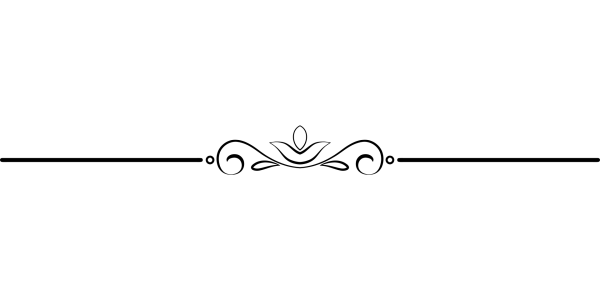 Who’s that Hero? A matching game for lovers of Christian fiction.

Luke is my favorite boy’s name. Unfortunately, my husband isn’t as crazy about the name Luke, so my son is named Silas. Match these four Lukes with their historical romance stories:

Luke #1: is a Texas Ranger, goes undercover and wears overalls instead of his usual fancy duds, loves to bird hunt, but falls in love with a bird enthusiast, has named his guns.

Luke #2: is a twin, desires to be married and have a family, lives with his brother, Silas (another great name!), looks after his stubborn grandma, falls in love with a heroine who is hiding from danger.

Luke #3: has a “fiery” secret and an aversion to hand-holding, is a wounded Texas Ranger falsely accused, falls in love with a childhood nemesis, finds solace by his father’s grave.

Luke #4: falls in love with a woman he rescues, is falsely accused, seeks vengeance for his father’s death and to gain back his ranch.

2) My favorite hero is the strong and steady quiet guy who carries deep wounds. Here are some examples. Can you match them with their wounds? (historical and contemporary)

Wound 1: His brother followed him into battle and died.

Wound 2: Grew up in a violent home, faced capture, was forced to watch a woman suffer.

Wound 3: He was abandoned and homeless as a boy.

Wound 4: His mother died after a preacher prophesied she’d be healed.

Wound 5: He disappointed his father, doubts a decision that resulted in the death of team members.

Wound 6: His wife died of cancer.

Malachi Shaw, No Other Will Do, Karen Witemeyer

Reuben Marshall, Burnin’ for You, Susan May Warren

“Hey, beautiful you want to grab some coffee?”

Furrows formed between her eyes. Who in the world? “I’m sorry. You must have the wrong number.”

She pulled the phone away from her ear but stopped short of disconnecting when she heard the voice on the other end say her name. Her lips turned down. “Who is this?”

He smiled. She was scared all right. But so much the better. That would make her wish he were with her. “If we were married, I’d stay and protect you.”

She stiffened. “I’ll have you know I was on my own long before I came here. I didn’t need a man then, and I certainly don’t need one now.”

I smiled and nudged my shoulder playfully against his. “Are you ever serious?”

His fingers tightened against mine. In the darkness of the underground cave, the flickering flames of the fire cast a glow over his face and lit up his eyes. “I’m serious when I say I’d allow myself to be thrashed any day in order to see you.”

“Not half as crazy as you,” he whispered back.

“Yep.” The sizzle of meat on the stove reminded her or her spaghetti sauce. She returned to the kitchen . . . “Since you insist on calling me a nickname, I figured it was only fair to respond in kind.” She positioned herself at the stove and went back to work on the ground turkey.

[He] crossed his muscled arms and leaned a hip against the edge of the countertop. “Was showboat the best you could do? I don’t like it.”

“What about Maverick? Adonis?”

She rolled her eyes.

“This might be too obvious, but how about Stud?”

“Believe me. It’s not in the least obvious.”

She made a scoffing sound. “Tough luck. You don’t get to pick.”

[He] pulled out and she took off her hat, tossed it on the dash, then tugged out the tie from her hair, running her fingers through the strands to work out the snarls.

Only then did she see [him] glancing t her, more than once.

“Nothing, I’m just wondering what’s on your agenda. ’Cause we have work to do.”

She stared at him, and then he smiled. “I’m just kidding, Speedy. I wouldn’t think of hittin’ on you.”

She laughed too, because this was their game.

He flirted, she pushed him away, and round and round they went.

“I wouldn’t date you anyway.”

“Aw, c’mon. I’m fun.” He pulled into the Griz, an all-night convenience store.

He’d test how much she really wanted his help. He moved his horse beside her and offered a hand. “Climb on.”

Without looking at him, she shook her head. “Walking is good exercise. It allows space to think.”

That’s what he thought. Stubborn. Self-sufficient. “How about space to breathe, or is that unnecessary?”

She grunted, a sound so unladylike his grin shot up the sides of his face. Space between them was a good idea. He’d lost his mind offering to let her nestle in the saddle in front of him. They had enough issues with closeness. No need to encourage more.

She’d be too proper to accept, anyway. Not that sharing a ride was improper. Not out here where priorities shifted from maintaining decorum to being neighborly.

She slipped, reached for a branch, and cried out as her hand slid along a spindly limb.

She paused, drew in a deep breath, and wiped her brow.

Yeah, she was fine, besides the scowl the size of Washington that settled on her face.

His heart stumbled. He’d have to dig deep for the ability to remain unscathed by her leaning against him.

Who was he kidding? She scathed him in every way. He’d have about as much hope to remain unaffected by her nearness as the sun would have of hanging in the sky longer.

Joe Denton, A Bride in the Bargain, Deeanne Gist

Ty Porter, Meant to Be Mine, Becky Wade

Barrett Clarke, One Plus One Equals Trouble, Sondra Kraak

In my interview today with Trisha Robertson, I list several guilty pleasures (I could have listed ten). Name one of them and tell me one of yours!

Finally, a bonus question. Can you guess my two favorite heroes of this entire game—not counting my own. And who of this bunch is your favorite?

Thanks for playing! Feel free to invite a friend to join the fun.

Now check your answers and post your score below!

Wound 3: Malachi Shaw, No Other Will Do, Karen Witemeyer

Wound 5: Reuben Marshall, Burnin’ for You, Susan May Warren

Quote 2: Joe Denton, A Bride in the Bargain, Deeanne Gist

Quote 4: Ty Porter, Meant to Be Mine, Becky Wade

Quote 6: Barrett Clarke, One Plus One Equals Trouble, Sondra Kraak

in a cabin on a rainy day by a fire

How did you do? Let me know in the comments! 🙂

Remember, Two Ways Home is only on sale for a limited time! Don’t miss out on this seriously fun read!

If you’re interested in following this blog tour for other interviews, character spotlights, and more, here’s the schedule: