I am so happy to be welcoming Kara Swanson back to my blog. This time we’re chatting about her impending release, Dust! If you missed my review of this fantastic fantasy adventure with heaps of magic and a splash of romance, you can find it HERE.

The truth about Neverland is far more dangerous than a fairy tale.

Claire Kenton believes the world is too dark for magic to be real–since her twin brother was stolen away as a child. Now Claire’s desperate search points to London… and a boy who shouldn’t exist.

Peter Pan is having a beastly time getting back to Neverland. Grounded in London and hunted by his own Lost Boys, Peter searches for the last hope of restoring his crumbling island: a lass with magic in her veins.

The girl who fears her own destiny is on a collision course with the boy who never wanted to grow up. The truth behind this fairy tale is about to unravel everything Claire thought she knew about Peter Pan–and herself.

A Little about Kara 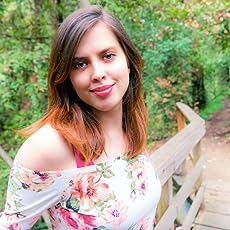 As the daughter of missionaries, Kara Swanson spent her childhood running barefoot through the lush jungles of Papua New Guinea. Able to relate with characters dropped into a unique new world, she quickly fell in love with the fantasy genre. The award-winning author of The Girl Who Could See, Kara is passionate about crafting stories of light shattering darkness, connecting with readers, and becoming best friends with a mermaid-though not necessarily in that order. Kara chats about coffee, fairy tales and bookish things online (@karaswansonauthor) and at karaswanson.com.

If you could live in the deep sea or outer space, which would you choose? Why?

Outer space, probably! If I had a spaceship and could like travel and see other planets and meet new people!

I just watched Star Wars Episode IV the other day and have to agree. Minus the whole interstellar war thing, traveling among different planets does sound fascinating.

Do you prefer hot or cold weather? Why?

Probably, long term…hotter weather? Because you can swim and cool down in fun ways? I don’t like being too cold 😛

What movie could you watch over and over? Why?

Spiderman Homecoming or Far From Home! They both have a special, familiar place in my heart ☺

Those are very fun movies.

Do you have a day job? If so, how do you balance that with writing?

I work in the publishing industry as an author coach and instructor through The Young Writer where I get to help teens and young adult writers pursue their dreams.

You had a very unique childhood. Can you tell us about it and how you think your upbringing influenced Dust?

I was raised as the daughter of missionaries in the jungles of Papua New Guinea. I think that having a sort of wild, adventure-filled childhood running barefoot through lush jungles and swimming in hidden rivers and getting to frequently fly through the clouds in a small plane…in a way, it felt a bit like growing up in a unique Neverland of my own. I tried to lean into some of the fond memories I had from being a child. We also spent our time with a beautiful tribal village in the middle of the jungle, and I had so much respect for them and their culture. I really wanted to draw on that sense of respect for the village that became like family when I crafted Tiger Lily and her culture. I decided to have Lily’s village be indigenous to Neverland, and was able to explore what a culture that was native to Neverland would look like and the beautiful nuances of a people born in the stars.

Yes! I especially love the unique tattoos you gave them! So unusual!

When and why did you write your first novel? Is it published?

I co-authored my first novel when I was seventeen! It’s a fantasy novel about mermaids and pirates ^_^ (Looking back, it probably was an odd little precursor to Dust? Even though its not about Peter Pan at all. But it did have magical twins.) It is published, but my writing has grown so much, I don’t generally recommend it. But if you’re curious, it’s called Pearl of Merlydia.

It’s amazing how our perspective of our own writing changes as we learn and grow.

I went through the original Peter Pan several, several times, taking a ton of notes on the story and characters, etc. I then crafted a plot, and then researched London and police officers and all kinds of elements like that. I had beta readers who were British and/or had been to London, etc.

I love that you had British beta readers!

What is your first memory of Peter Pan? Did you read the book first or watch one of the movies based on the novel?

That was my first experience, too. I remember the first time I read Peter Pan I was surprised by how much darker it was than the movies I’d watched.

What were your thoughts about taking on such a well-known and beloved story?

I honestly thought I was a little insane. 😛 But, there were so many people – friends, publishers, even random people at Disneyland – who were cheering for this story, that their excitement gave me the courage to try my very best and pray that it worked out okay.

Which is your favorite Peter Pan movie and why?

Probably a tie between the live action Jeremy Sumpter Peter Pan, and Disney’s Return to Neverland. I especially love Jane’s character arc and growth and the way she plays off of Peter in Return to Neverland. But it’s hard to not adore Jeremy’s charming, mischievous portrayal of the boy who never grows up. I actually have a character named Jeremy in Dust as a nod to the live action movie. ☺

Jeremy is a great character!

Do you have a large collection of Peter Pan paraphernalia? If so, how many items do you have and which are your favorites?

Oh I have a TON! Mostly given to me. Probably 50+ items? From bookmarks to art prints to stickers to collectables to crocheted little Peter Pans. I have so many lovely friends and fans who have sent me all kinds of fun, whimsical Peter Pan things ☺

I bet your collection only grows when Shadow releases next year!

What’s your favorite part of Dust?

Hard to say! There are some fun whimsical moments and some powerful moments where certain characters truly embrace who they are and we get to see what they really are capable of. Peter is just a lot of fun to write in general. ☺

I love your characters! They’re so real and relatable.

Are there any details in Dust that you suspect only devoted Peter Pan fans will notice?

There’s a lot of subtle references! To the Darling children, to the Lost Boys, to a lot of small things that Peter does in the original novel.

What other authors are you friends with and how did they help you become a better writer?

There are so many! I’m always so inspired by Sara Ella, Nadine Brandes and Mary Weber – these three ladies tell beautiful soul-stories, while also being brilliant business women who are always growing and finding ways to connect with readers. I’ve been blessed to have so much incredible community, though! I’ve met so many incredible authors at writers conferences (from Mount Hermon where I met you, Kathleen! To the Realm Makers conference filled with so many delightful fantasy and speculative fiction authors). My two best friends are authors as well (RJ Conte and Bethany Jennings). Definitely so blessed to be surrounded by wonderful storytellers who help me grow and have supported me over the years.

Thank you for taking the time to share a little about yourself and your book with my blog readers!

Thank you for having me, dear friend! Grateful for you!

New here? Like what you see so far? Enjoy reading Christian romance?