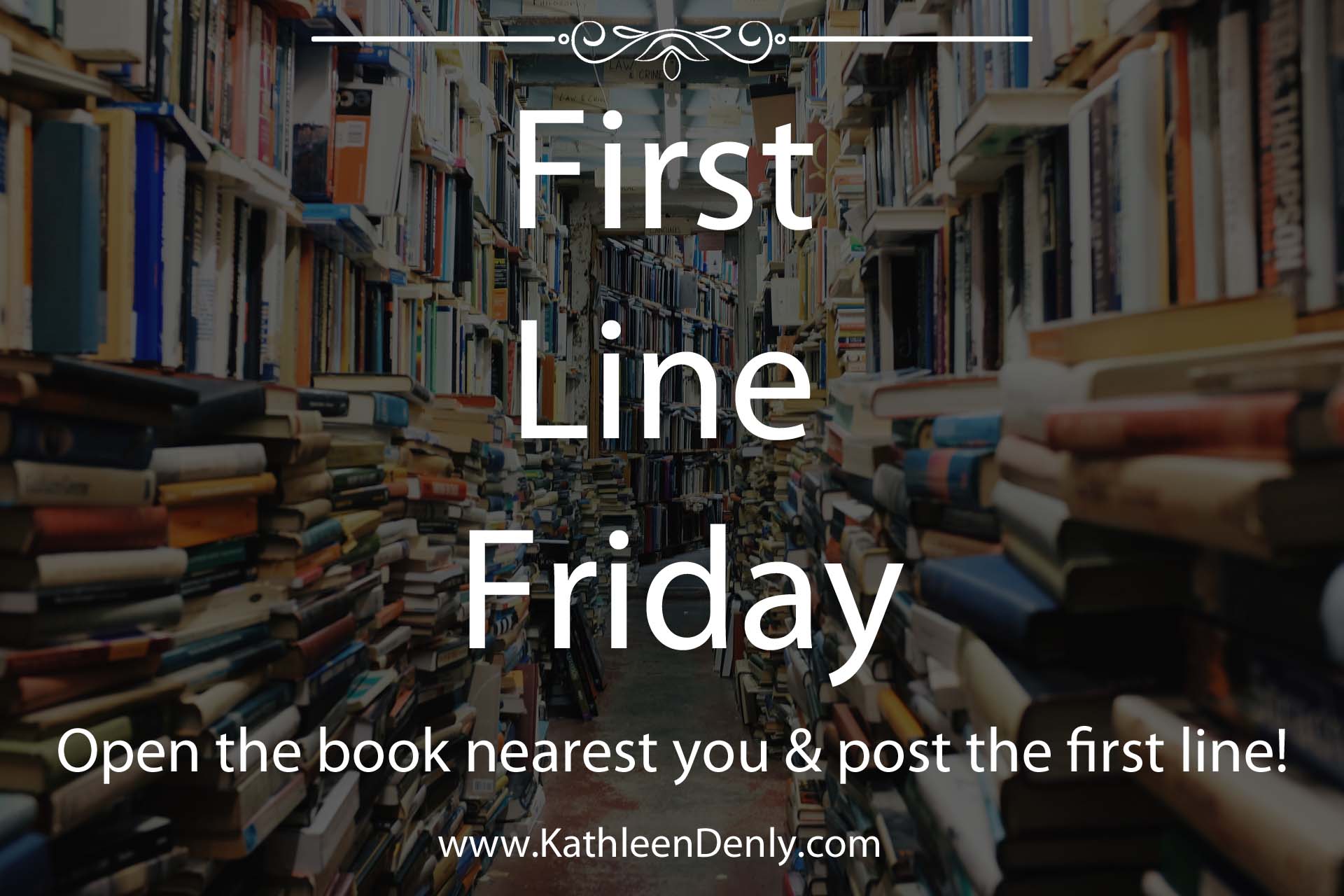 Welcome to a very special First Line Friday! Each Friday I pick a book and share the first line with you. In return, I hope you’ll share with me a first line from whatever book you have at hand!

What makes this week so special? Well, I had mentioned in a post last month that one of my manuscripts was a finalist in the the Historical Romance category in the American Christian Fiction Writer’s First Impressions Contest, along with manuscripts by Dawne Beckel  & Savanna Kaiser. (If anyone knows of a better link to Dawne, please let me know! You can bet I’ll be following along with their careers and looking forward to their first published novels.)

So . . . I just found out that my manuscript has WON ! Aaaaaaahhhhhhhh! (Be grateful you weren’t here after I concluded my conversation with the person who called to inform me. My children have lost a bit of hearing, poor dears.)

I wish I knew how to convey in writing how stunned and honored I am. A bit ironic that I have no words, I suppose, but it’s true. I’m a bit speechless. Mostly, though, I am grateful. So incredibly grateful for the encouragement and the honor. I’m also deeply grateful for those who have sacrificed their time and efforts helping me to improve my craft. (I would list them here, but that could take all day to read and well, you know who you are. I couldn’t do what I do without you!)

As my way of paying forward the kindnesses shown to me, I’ll be celebrating this win with a very special giveaway open only to my Kathleen’s Readers’ Club members, so if you haven’t already joined, now is the time to do so! For those who are already members, keep an eye on your inbox this week for an extra special email.

The list of previous winners of the First Impressions Contest in this genre includes:

Deb Garland (who apparently won 2 years in a row!)

I’ll be keeping my eye out for books published by these ladies.

Now, on to the business of the day.

In keeping with the theme of new authors, I thought I’d share the first line from the prologue of Beneath the Heavens, Lindsey Barlow‘s debut novel which just released in October of this year. 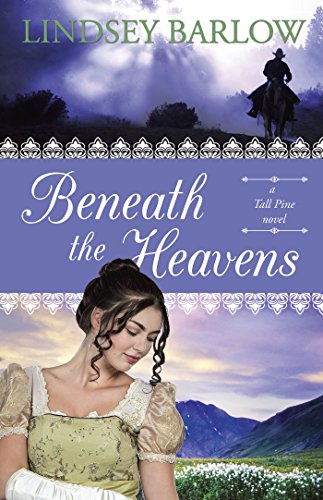 Esther looked down at the letter for what must have been the hundredth time.

This book was randomly stumbled upon while I was googling one day and is now on my TBR. I started reading the prologue and found myself all the way in and starting the first chapter before I knew what had happened.

A heart guarded, a secret revealed, a love discovered – When the beautiful and coddled Abigail Silvers is sent from her parents’ lush Texas ranch to the untamed wilds of Tall Pine, Colorado, her mother is hoping that Abigail will learn independence and self-reliance. What Abigail finds among the Colorado mountain people is a community built on hard work, faith, and family––she also finds the handsome Pastor Will who, much to her dismay, seems only to have eyes for Esther, the community’s midwife hiding from a dark past. Fiercely protective of her young son Michael, Esther’s determined not to let anyone ­close enough to hurt them––even if that means sacrificing true love. But when the Texas Ranger Joseph Silver, Abigail’s brother, shows up, Esther’s past is unearthed and her heart is exposed. Abigail and Joseph’s brash Texas manners rattle the people of Tall Pine, but ultimately the brother and sister may be an answer to prayer the townspeople didn’t know they needed.

Now it’s your turn to grab the book nearest to you and leave a comment with the first (or your favorite) line!